HENDERSON, Nev. — Another season, another year of lofty expectations for the Toronto Maple Leafs and their seemingly never-ending attempt to get past the first round.

Eight consecutive playoff series losses, but the spring’s first-round exit, especially stung because they coughed up a 3-2 series lead to the Tampa Bay Lightning and lost by a goal in Game 7.

Auston Matthews and Morgan Rielly were two of 34 players who headed out to Sin City the past two days to take part in the annual preseason NHL media tour. Part of the responsibilities for each player — besides meeting with the rights-holders and doing a season’s worth of promos, commercials, interviews and social media features — was to meet with the national media.

Matthews and Rielly talked about this upcoming season, the increasing pressure and encoring strong seasons specifically, specifically Matthews, who scored 60 goals and won the Hart Trophy and Ted Lindsay Award for his brilliance.

Here were some of the more interesting topics covered by the 24-year-old Matthews and 28-year-old Rielly.

On their seven-game playoff loss to the Lightning — a competitive series and a step forward, but another first-round exit all the same.

You can’t live in the past. It’s disappointing. getting the same result over and over again. But I look at a team like Tampa or a team like Colorado, it took them a really long time to win. They had to go through a lot. And I think every team and every journey is kind of different. So we’re writing our own story. And we obviously are all extremely motivated, all working towards the same goal. But at the same time, it’s every team is different. Every team has their own story and it’s just the journey along the way to reach that point.

On how they’ll stay focused in the regular season, given their six consecutive one-and-done postseason appearances.

On his evolution into one of the league’s best defensive centers.

I think it’s experience. I think you just go up against guys. And you just kind of learn. And you gotta take your licks, as well. But I think that’s all part of the process. I think you just start to kind of figure it out. I think of my first couple of years, it was all kind of geared towards getting better defensively — and rightfully so. It’s not easy playing center, especially when you’re going up against Patrice Bergeron, (Aleksander) Barkov, (Sidney) Crosby, all these guys. You’ve got to be responsible in your own end.

On his relationship with Maple Leafs assistant general manager Hayley Wickenheiser, one of six women elevated to that position in the offseason.

It’s been great. I think she’s been awesome, somebody that I’ve leaned on for advice at times throughout my time in Toronto. Her getting that promotion, she deserves it. She’s the greatest woman hockey player to ever play the game. And her knowledge and her experience, I think, brings a lot to the table for, for all the guys — not just myself. For prospects, for guys that are getting drafted. I mean, she’s been through a lot through her career and has experienced a lot.

On Mitch Marner and his shot when everybody in the league always talks about Matthews’ elite shot.

I think the sky’s the limit for him. I think he’s just unbelievable. I love playing with him. I think after he came back (from a December shoulder injury), he was probably the best player in the world for the rest of the year. He’s incredible to be out there with and watch. And him being a shot threat and a scoring (threat), as well, that opens up a lot of space for me. Because maybe he’s not deferring or looking to pass all the time. And everybody knows he’s got unbelievable vision and unbelievable skill to set up guys, but I think adding that element to his game makes him, you know, that much more dangerous. I think (his shot) is accurate. A lot of guys like to shoot high, and I think he kind of finds little things that are a little bit lower. He’s not going to beat you with a hard, heavy shot. He’s going to beat you with accuracy.

On the Maple Leafs’ core once again returning, besides an overhaul between the pipes.

I think it’s a boost of confidence for us to have their confidence. I mean, there’s always changes, people come and go, but I think to keep guys together, to give guys an opportunity to right the ship and to change the script, I think that’s a cool opportunity. I think that’s what’s extremely motivating. This group has lost together. And it truly does make you want to win together that much more. I know it’s kind of cliche, “You got to go through certain things in order to be successful,” but that’s what we really felt after we lost is that, “We’re gonna come out on the other end, we’re gonna come out on the other end, we’re gonna be stronger, it’s gonna make it that much more special, blah, blah, blah.” But I think it’s a real vote of confidence to keep our group together because there’s belief there that we have people in a place where we can succeed as a player on this team right now. It’s a great spot to be in. I feel extremely confident with the people we have and the work that’s been done during the offseason. I think we’re in a position to have success.

On starting his new eight-year deal, longevity and who knows who will still be a Leaf when his contract expires.

It’s a long time. When I did my deal with Lou (Lamoriello) after my entry-level deal, it was a six-year deal. And there was a part of me where I was, “Six years is a long time. How do you make it six years?” And now obviously, being in this position, I have a little more confidence of longevity. That doesn’t really worry me. My main focus is I want to live up to it. I want to hold up my end of the bargain, and I want to be a very, very good player for eight more years. In order to do that, you’ve got to take certain steps, you’ve got to do certain things a bit differently as you get older. And I’m extremely willing to do that. 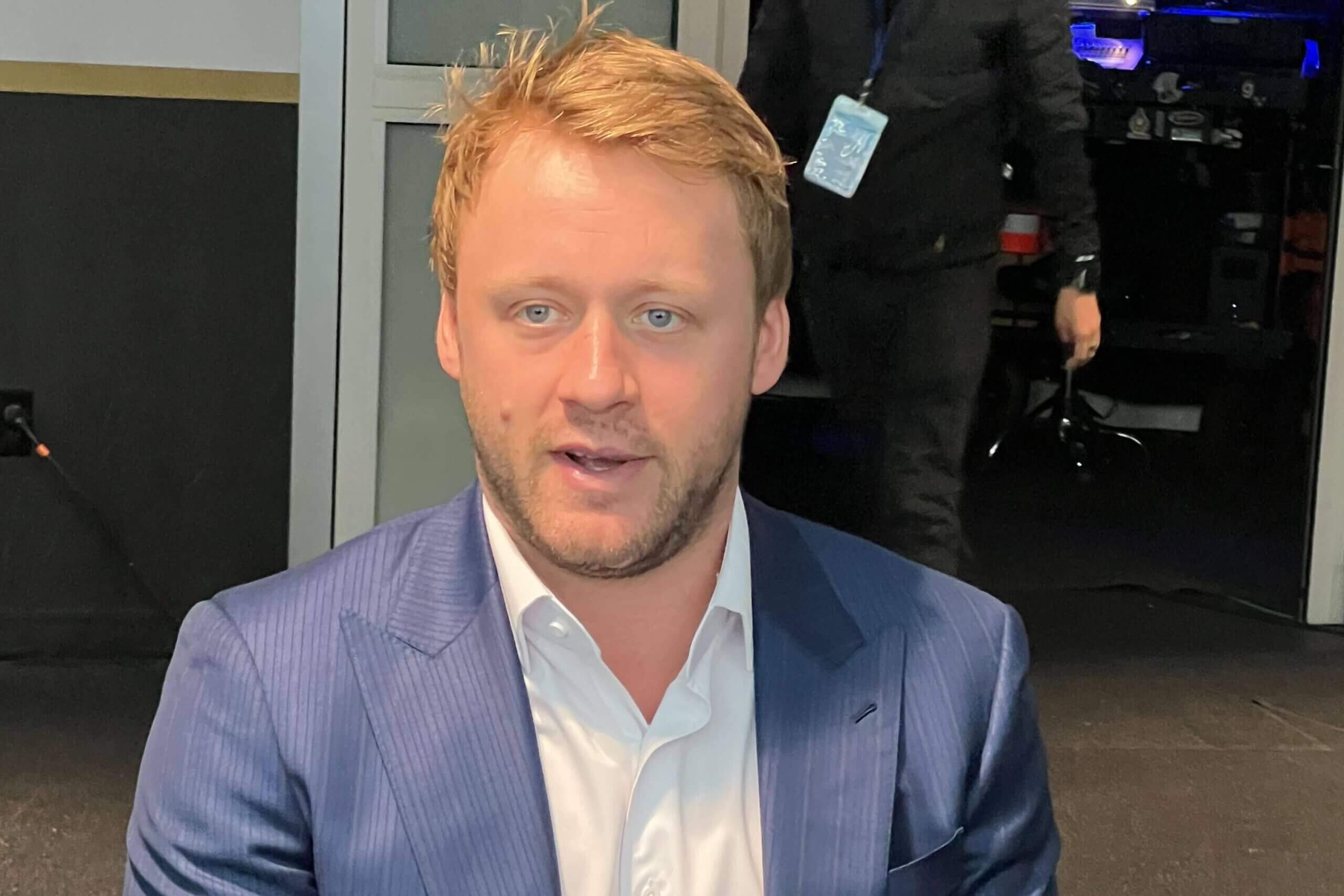 On more pressure on this group.

I think every year the expectations are supposed to rise. I think for our group, that’s no different. Whether there’s more pressure from who, I don’t know. I think internally within the group, the expectation is greater. And what we want to achieve is more of the same, but it’s time to do it. It’s kind of been like that now for a while. I hope that when you’re playing for a good team, those expectations will always be there. And that’s a good thing. … As players here, we’re not going to give up, we’re not going to quit. I think we understand that’s our only option is just to keep working at it.

He’s an amazing hockey player. And I had a pleasure to play with him. And he’s a great teammate and great person. I think it takes a lot of work ethic. It takes a lot of help from the people around you. And then it takes some luck. He’s a guy who’s extremely gifted, who’s a great athlete and works hard. And for it to be him that’s upon this, this milestone is cool and really exciting.

On the rabid Leafs media getting back into the locker room this season.

I cannot wait. We’re excited. I had to ask what the rules are again. I think it’s five minutes after the first guy gets off the ice for practice, so playing with Phil (Kessel), that meant that they were in there right away (laughing). I give you guys credit. The year that everything was on Zoom was a lot more difficult on you guys than it was on us. I thought that you guys really handled it well. And I truly don’t mind talking to you guys. It’s nice. I think it’s cool. In Toronto, I think it’s an opportunity to express your personality. If you’re a knowledgeable guy about the game, you’ve got a chance to give your opinion on things. So I think it’s exciting. I think it’s a good sign that things are returning. I hate the cliche of “back to normal” and all this other stuff, but it’s the truth.